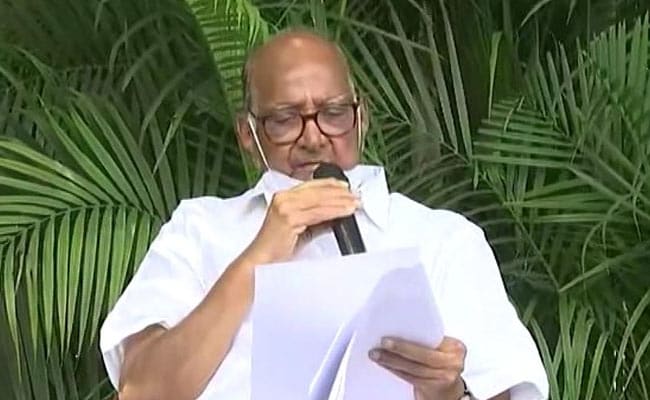 The BJP has sounded the pitch for 2024 general election in Maharashtra and first on the target seems to Baramati – NCP chief Sharad Pawar’s daughter Supriya Sule’s constituency.

Octogenarian Sharad Pawar is seen as the architect of the Maha Vikas Aghadi alliance of Shiv Sena, NCP and the Congress that ruled Maharashtra from December 2019 to June 2022. The Uddhav Thackeray-led government was brought down by the rebellion led by Sena MLA Eknath Shinde — now Chief Minister.

The announcement came from Deputy Chief Minister Devendra Fadnavis after he said that the much delayed cabinet expansion will take place in Maharashtra “sooner than expected”.

While Mr Fadnavis’s comments have created some worry for rebel Sena MPs, his follow-up statement was a message to ensure that the rebels firmly remain in the BJP’s good books. The comments came in response to a query that the BJP was working hard in constituencies held by the Sena rebels, including that of Chief Minister Eknath Shinde’s son and MP Dr Shrikant Shinde.

Speaking to reporters, Mr Fadnavis said, “It is true that the BJP has been concentrating on 16 Parliamentary seats for the last six months. Shrikant Shinde’s Parliamentary seat is among those. But now those people who are with us in an alliance, in the next election we are going to fight together in the Shiv Sena-BJP alliance. For those who are with us, we will try and get them elected as well. Even if we make our party stronger, we will use all that strength to get the Shiv Sena MPs who are with us re-elected.”

Setting up a Sharad Pawar vs BJP battle, he said, “In these 16 parliamentary seats, Baramati is also there and in the recent elections, we have got decent votes in Baramati. We have fought well there and that constituency is also on the list of 16. For these seats, some central leaders have been appointed as in-charge and Nirmalaji has been given Baramati. She will be in Baramati in September.”

Nationalist Congress Party (NCP) leader Supriya Sule has been taking swipes at the BJP for not being able to form a proper Cabinet in Maharashtra. Last week, she said a Bharatiya Janata Party (BJP) MP has described the Eknath Shinde-led government in Maharashtra as “Ek Duje Ke Liye” — a wordplay on the title of the famous 1981 Bollywood film.

Ms Sule’s swipe came against the backdrop of the delay in expanding the cabinet even a month after the new government of Mr Shinde backed by the BJP came to power. She had also alleged that confusion prevails in the new government in the absence of ministers and even senior officials are clueless.