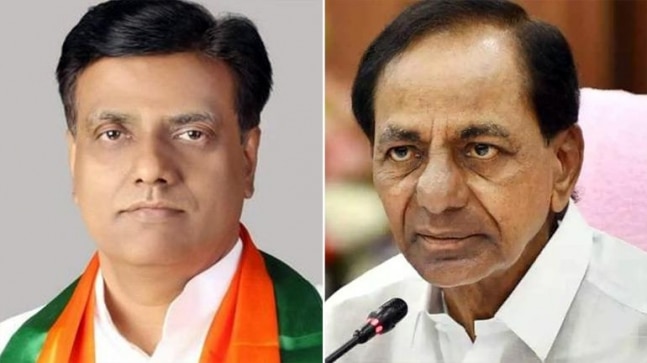 After the Centre announced a reduction in the excise duty on petrol and diesel, the Telangana BJP demanded that chief minister K Chandrasekhar Rao slash state excise duty immediately on fuel.

KCR who is on tour to visit some states, should immediately direct the administration to cut down on excise duty to help people if he is really a poor, friendly chief minister, Subhash said in a statement.

The Telangana Rashtra Samithi (TRS) government did not cut down its excise duty when BJP had slashed excise duty on petrol and diesel for the first time, he said.

The BJP never opposed visiting states, but KCR, who is on a political yatra, should think about the people of Telangana to provide them with further relief by reducing the excise duty, he said.

He further said that whenever KCR felt insecure about corruption charges and the inefficiency of his government, he would enact a drama and visit the national capital to meet opposition leaders.

Referring to remarks of the Congress party that “too little and too late”, Subhash asserted that the Narendra Modi government should first think of people’s welfare and act as per the situation.

He quipped that Congress always opposes every good work of the BJP government at the Centre as there is an old adage “Der hai andher nahi” (there is no darkness, but it may be a little late).