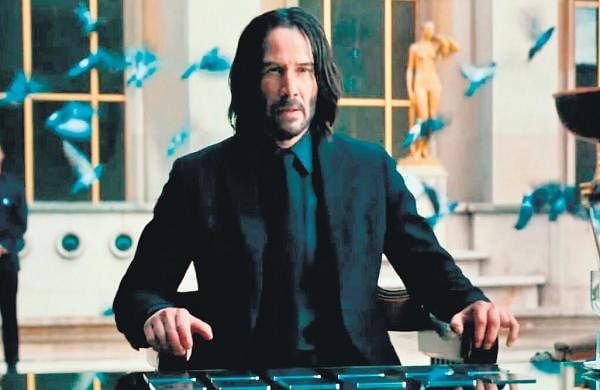 A good story wanders in search of a myth. Finds it and nurtures it. When we first met John Wick in 2014, it was a log line a man takes revenge because a man-child killed his puppy and a not so secretive network of assassins that appealed to us. The prolonged hand to hand combat at breakneck speed, almost a throwback to the best of Jackie Chan without the cutaways only added to the fun. Then John Wick, like every chosen hero and widely well received film, became a franchise. The trailer for the fourth film with Donnie Yen in the cast came out last week with the film scheduled to release early next year. But the Chad Stahelski, Derek Kolstad and Keanu Reeves project may look like one they made up as they went along, but it’s such a compelling, consistent, decadent galaxy that the stakes only got higher and better.

The three films so far don’t cover a long timeline to cover a gamut that represents the word ‘franchise’ yet (spin-offs are in development). It spans a few weeks or a couple of months at the most. But what’s most impressive about this world is how it expands our field of vision with every sequel, like finding a trail of pages on a windy day that make up whole chapters of a book. Sure, we groan at yet another sequel but then we learn that there is an underground kingdom in the lower streets of Manhattan that has no reverence for the High Table.

Or we learn about a marker and its significance—it binds the soul, not the body, which the film counts liberally, like there is a higher power in this universe looking down upon these skilled weapons and limbs wielders. The films are strong in its penchant for eastern orthodox Christianity, beginning with the origins of the titular character. It’s a franchise where we travel in reverse. In the very first film, Wick says, “I think I am back” after getting sick of people asking him the question after his famous retirement. The line is in a great but minimalist noir film, a retired assassin avenging his loved ones. But a history of violence and myth resides within those words, a fantastical place that we were yet to encounter and comprehend its length and breadth.

Myth is the building block of these films. And with each film we realize that the mythology of John Wick extends beyond his own borders. It’s where there is a cleaning service employed full time to dispose bodies and make a crime scene pristine again. Probably the most innocuous detail in the larger scheme of things. These are streets where the public doesn’t have to dodge flailing, injured bodies. Physical limitations stretch along the frame and the common man is inured by violence.

There is a stray shot of onlookers running and screaming away from a fight but otherwise it is business as usual. No one bats an eyelid for like a neo-realistic Italian film, the extras could slide into the main cast at any point. The branches of the Continental are the most secure spots in the planet. Any other place, all bets are off. Even the New York Public Library is not sacred anymore. A woman casually reads like everything is normal while Wick kills a man with a Russian book a few yards away from her.

It’s not our world and that’s exactly why these films are so visceral and addictive. Law and order are not even political issues, they have disappeared from the streets. They project a fantasy where lawlessness thrives, and that is the natural order. A whole bookkeeping enterprise generates employment with an added customer service. The makers pad things up with references to everything from silent films, westerns to neo noir to Asian martial arts films. But it never gets bloated because the first film was just a big bang—in every sense of the phrase—that’s only pulling us farther into a fascinating universe.