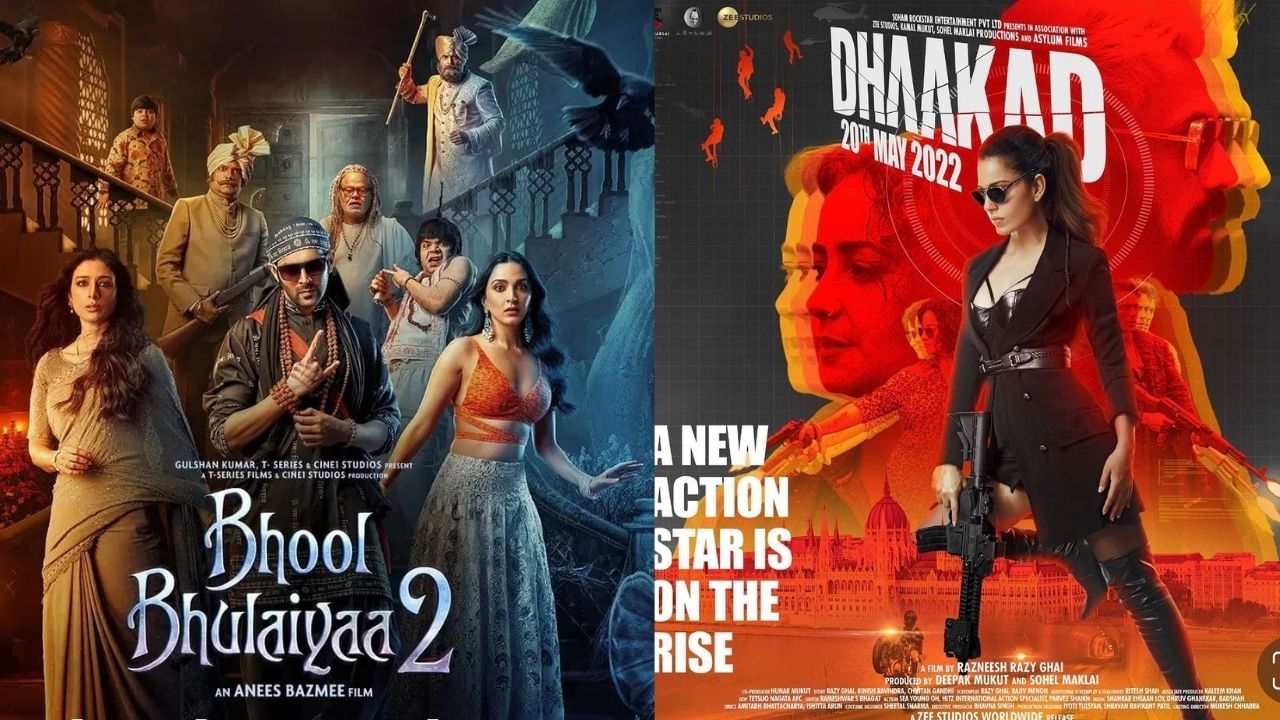 It has been two days since Kartik Aaryan and Kiara Advani’s film Bhool Bhulaiyaa 2 was released on the big screen. With this, Kangana Ranaut’s ‘Dhaakad’ also knocked in the theaters with a new enthusiasm. After the release, now there is a tremendous competition between Kangana and Karthik. However, Kangana’s film ahead of Karthik’s film Dhaakad (Dhaakad) has lost its sweat. In front of Karthik’s starrer Bhool Bhulaiyaa 2, Kangana’s film could not succeed in doing more amazing. Days ago, both the films released together have earned at the box office according to the difference between the sky and the ground. The performance of the film disappointed the audience as people expected from Dhaakad before its release.

Let us tell you that Karthik and Kiara’s Bhool Bhulaiyaa 2 broke tremendous records at the box office on the second day of its release as well as the film emerged as the biggest opener of Karthik’s career. On the other hand, Kangana’s film lived up to the expectations of the fans. proved unsuccessful.

According to media reports, actor Karthik Aryan’s film Bhool Bhulaiyaa 2 has set a tremendous record on the second day of release. The film has collected more than 32 crores in two days. On Sunday i.e. today it is expected that the film can be successful in collecting more than 20 crores. In such a situation, it is being estimated that the figure of the first weekend of the film can reach around Rs 50 crore.

‘Dhaakad’ could earn only 50 lakhs on the first day

At the same time, if we talk about Kangana’s performance, then the film could only complete the figure of 18 crores in its two days of business. On the first day of its release, the film Dhakad did business of only 50 lakh rupees. With this, Kangana’s Dhaakad is not doing anything special at the box office.

Giving information about the collection of Kangana’s film Dhaakad, trade analyst Ramesh Bala has also given information by tweeting. He has tweeted on his Twitter stating the figures of collection for two days of Dhakad.

At the same time, according to film critic and trade analyst Taran Adarsh, Bhool Bhulaiyaa 2 had earned 14 crores on the first day of release. With this, this film has joined Karthik’s biggest opener film.

Along with this, seeing the response of the film, actor Karthik Aryan has thanked the audience by posting on his Instagram. At the same time, Kangana Ranaut has also wished Karthik and Kiara on her Instagram story for their film and performance.

Will these films continue this week too?

It will be very interesting to see to what extent both the films are able to compete with each other. Will Kangana’s scintillating actions spread its fire at the box office next week or will this week also remain in the name of Kartik Aaryan’s tickling fun.