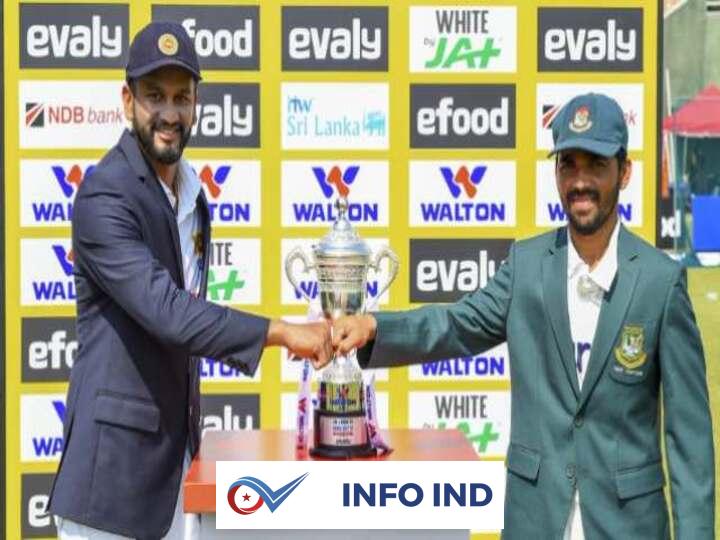 Bangladesh is led by Dimuth Karunaratne while Sri Lanka is led by Mominul Haque. Both the teams are bound to play 2 Tests in the series. The BAN vs SL 1st Test ended in a draw after witnessing outstanding batting and bowling performances from many batsmen and bowlers.

Also Read: BAN vs SL: Nayeem Hasan Ruled Out Of The Second Test

In the BAN vs SL 1st Test, Sri Lanka won the toss and opted to bat first. With half-centuries by Kusal Mendis (54), Dinesh Chandimal (66), and century by Angelo Mathews (199), Sri Lanka posted a good total of 397-10 on the board. Nayeem Hasan picked 6 wickets while Shakib Al Hasan scalped 3 wickets for Bangladesh.

Also Read: Bangladesh In Line To Host The Next Asia Cup 2022 If Situation Worsens In Sri Lanka – Reports

In the 2nd innings, Sri Lankan opener Dimuth Karunaratne scored a 52 run-knock at the start. Later, Kusal Mendis scored 48 runs while Niroshan Dickwella hit 61 runs. Till the end of Day 5, Sri Lanka reached 260-6 and the match ended in a draw. Angelo Mathews won the player of the match award for his outstanding 199 runs for Sri Lanka in the 1st innings.