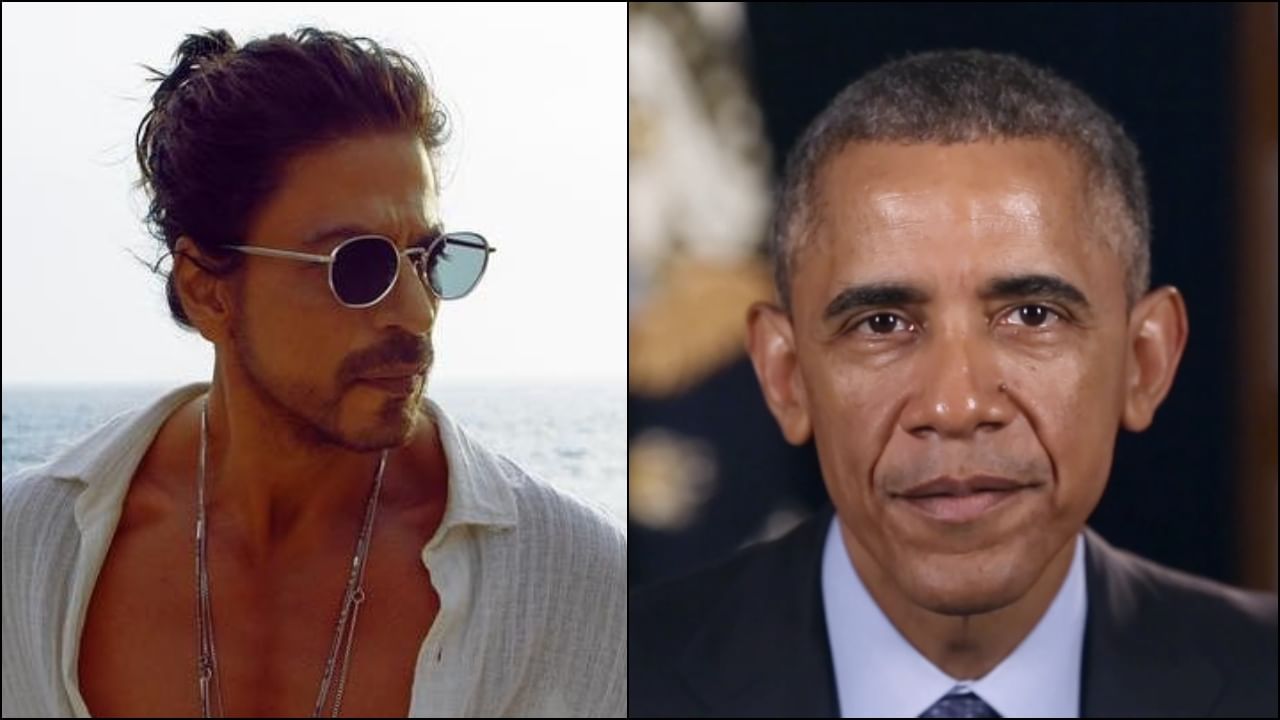 Barack Obama Speak Shah Rukh Khan Dialogue: Amidst the protests against Pathan after the release of Besharam Rang, a video of former US President Barack Obama is going viral, in which he is seen speaking Shahrukh Khan’s dialogue.

Barack Obama Speak Shah Rukh Khan Dialogue: king of bollywood Shahrukh Khan Apni film releasing on 25th January ‘Pathan’ There is a lot of discussion about. Ever since the teaser of this film has come to the fore, there has been tremendous craze among the people regarding this film. However, after the release of the film’s first song ‘Besharam Rang’, the film also faced controversies.

This video of Barack Obama is very viral on social media these days, in which it can be seen that in his speech, Obama first mentions Shahrukh and then speaks the popular dialogue of his blockbuster film ‘Dilwale Dulhania Le Jayenge’. . They say, “Señorita… in the big countries.” Although he does not speak the entire dialogue and further says, “Aap jaante hain, mera matlab kiya hai.” Let us tell you that this video of Barack Obama is from the year 2015, when he came on a three-day Indian tour. At the same time, he gave this speech at Siri Fort Auditorium in Delhi.

Shahrukh Khan gave such a reaction

Shahrukh Khan’s reaction also came after Obama’s speech. He wrote in a tweet, “Proud to be a part of President Obama’s Gender and Religion Equality speech. But I am sad that he could not perform Bhangra. Chaiyya Chaiyya for next time for sure.

Proud 2 b part of the gender & religion equality speech of Pres. Obama. Sad he couldn’t do the Bhangra…next time Chaiyya Chaiyya for sure

Trailer to be released on 10th January