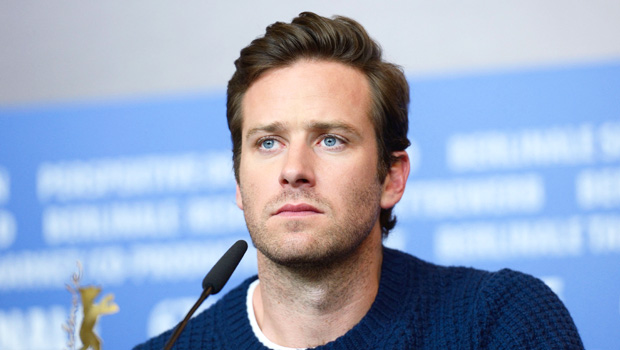 Armie Hammer’s family history will be investigated in discovery+’s upcoming three-part docuseries, House of Hammer. The docuseries comes following various allegations of abuse and rape against the actor in 2021, which he has repeatedly denied. The first full-length trailer was released on Aug. 10 and features two of Armie’s alleged victims, Courtney Vucekovich and Julia Morrison, speaking on camera about their relationships with Armie. Both women shared various photos and videos of themselves with the actor with the cameras.

In addition to photographic evidence of the time they spent with Armie, Courtney and Julia also shared alleged messages that Armie sent them. “I haven’t really digested this one,” Julia admitted, as she read an alleged text from the actor. “‘I have a fantasy about having someone prove their love and devotion and tying them up in a public place and making their body free use and seeing if they will f*** strangers for me.’”

Meanwhile, a voice memo that was allegedly from Armie was also played. “My bet was going to involve showing up at your place and completely tying you up and incapacitating you and then being able to do whatever I wanted to every single hole in your body until I was done with you,” it said.

Both Courtney and Julia agreed that the beginning stages of their alleged relationships with Armie were wonderful, as he showered them with compliments and praise. “Then things change,” Courtney alleges. “He pushes your boundaries a little bit at a time. You’re his.” More alleged texts from Armie flash on the screen, where he allegedly writes, “I own you now. I’ll own you forever,” and “I decide when you eat, when you sleep.”

“I mean, he said, ‘I am 100 percent a cannibal,’” Courtney alleges. “I’m freaking out.” Julia added that cannibalism was allegedly “all [Armie] wanted to ever talk about.’”

In addition to the allegations against Armie, the doc will also explore the Hammer family history with help from Armie’s aunt, Casey Hammer. “When all this came out about Armie, I was not shocked,” she says. “You just don’t wake up and become this dark, controller, abuser. This behavior is deep rooted.”

House of Hammer will be available to stream on Friday, Sept. 2 on discovery+.