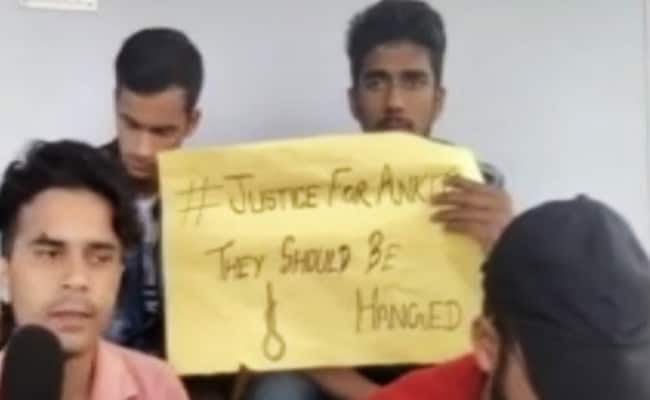 The death of 19-year-old Ankita Bhandari in Uttarakhand has left her friends and acquaintances in shock. Vivek Negi, a school friend of Ankita, told NDTV today: “Ankita was excited about her future, her career and she wanted to support her family.”

Ankita, who worked as a receptionist at a resort owned by BJP leader Vinod Arya’s son Pulkit Arya in Rishikesh, was murdered. Pulkit had reported her missing on Monday, as did her family, but police later said she was murdered by Pulkit and two of his staff members. All three have been arrested.

“Ankita was from a very poor family and while in school, she used to always say that after completing her class 12, she would have to support her family,” said Vivek.

He added: “We are from the hilly areas of Pauri. People from this area often venture out in search of jobs, but they are usually very simple in nature. Ankita, too, was a simple girl who wasn’t talkative. She was focused on her work and desire to stand by her family.”

People from Pauri, the hometown of the teen, came in hundreds to attend the funeral. “How are we ever going to work outside with this kind of incident happening?” a woman said.

Some women were seen crying in anger. “They killed a woman who wanted to earn a decent living,” a woman said, before she broke down.

Many who had gathered for the funeral shouted slogans against the police and the government. Some women said they would stay put till the killers were hanged.