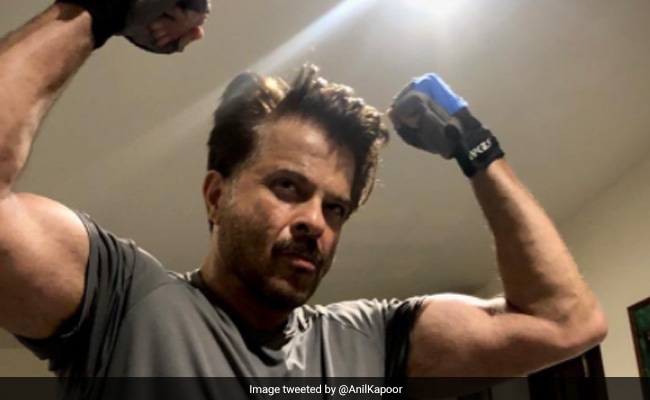 Seems like Anil Kapoor takes his fitness regime very seriously even when he is on a holiday. The actor, 65, shared pictures from his holiday album. The location? Sri Lanka. In some of the pictures, the actor can be seen strolling on the beach. In another shot, he can be seen playing snooker. Our favourite has to be the one in which he can be seen flexing his muscles as he poses for the camera. Anil Kapoor captioned the Twitter post: “Exploring Bentota.” He added the hashtag #ADayInSriLanka. Check out Anil Kapoor’s post here:

Just in case you forgot how seriously Anil Kapoor takes his fitness. Here’s a video of him sprinting.

“Lockdown is compulsory. What you do with it is optional. #hardworkpaysoff #persist,” he captioned this one.

Anil Kapoor once wrote: “I just always wished that someday I could also post pictures showing off my biceps and triceps like people do….well today is that someday. Celebrating the small victories.”

The actor has also signed Fighter with Hrithik Roshan and Deepika Padukone.