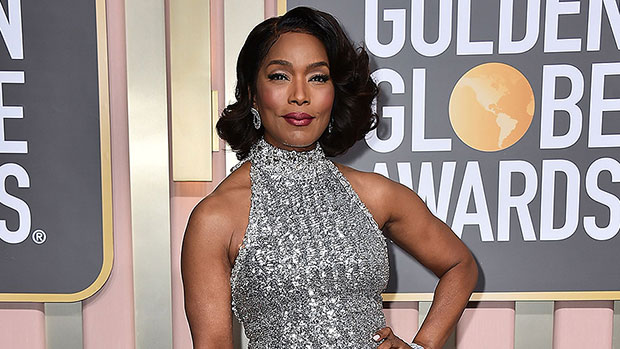 Angela Bassett, 64, turned heads on Jan. 10 when she showed up to the 2023 Golden Globe Awards looking gorgeous — but that was just the start of her incredible night. The talented actress wore a sparkly silver sleeveless dress during the festivities and shined on the red carpet as she confidently posed and did interviews. She had her long hair up with some strands hanging down and added flattering makeup that accentuated her incredible look as well as jewelry by Chopard. She topped off the outfit with Sarah Flint’s “Mihaela 120” platform heels in custom dyed silver satin.

Angela’s appearance at the Globes comes after she received a nomination for an award during the event in the Best Supporting Actress in a Supporting Role in any Motion Picture category. The nomination was for her role in Black Panther: Wakanda Forever, which made quite a lasting impression in the industry. The iconic star is known for portraying memorable roles over the years, so this time, it was no exception.

Black Panther: Wakanda Forever is an action/adventure sci-fi film about a character named T’Challa, who is heir to the “hidden but advanced kingdom of Wakanda who must step forward to lead his people into a new future and must confront a challenger from his country’s past,” according to IMDB. Angela plays the role of Ramonda and the film also includes the late Chadwick Boseman, Michael B. Jordan, and Lupita Nyong’o.

Before she wowed with her Golden Globe nomination for the film, Angela appeared in other 2022 projects, including Wendall & Wild and 9-1-1 Lonestar. She’s also set to star in the upcoming films, Damsel and Wildwood. Another recent project was voicing the character of Regalla in the Horizon Forbidden West video game.

When Angela’s not hard at work in her film and television career, she’s taking in quality personal moments. One of the most recent ones was celebrating her 64th birthday on Aug. 16. She also spent time with family and friends on New Year’s Eve and welcomed in 2023 with a smile. She took to Instagram to share a glorious photo of her posing with those closest to her and smiling from ear to ear. “Hey Everybody you good? Happy New Year from our family to yours! May ALL your dreams come TRUE & ALL your blessings OVERFLOW!” she exclaimed in the caption.