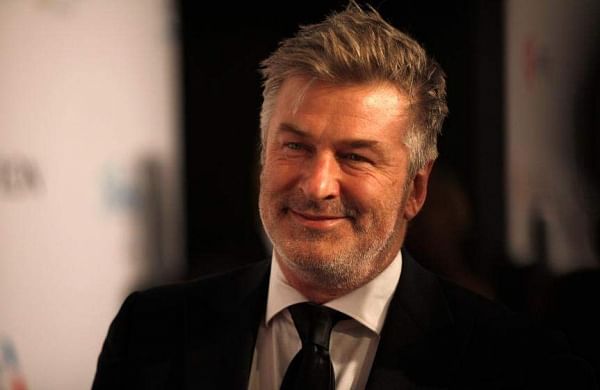 LOS ANGELES: American actor Alec Baldwin has filed a lawsuit against four people involved in the Western film “Rust,” saying they were negligent in providing him with a gun that discharged, killing the movie’s cinematographer.

The death on October 21, 2021 of Halyna Hutchins sent shock waves through Hollywood and gave rise to a series of civil suits.

The 64-year-old Baldwin is suing the film’s armourer and props assistant, Hannah Gutierrez-Reed; assistant director David Halls; props master Sarah Zachry; and Seth Kenney, who supplied guns and ammunition to the film set, according to a filing Friday in a Los Angeles court.

Baldwin’s complaint follows a suit filed against him and others on the set last year by script supervisor Mamie Mitchell over their alleged role in the shooting that caused her great emotional distress.

In his suit, Baldwin accuses Gutierrez-Reed of failing to verify that a Colt revolver he was using in rehearsal was safe. The suit also states that Halls failed to check the weapon before he declared it safe and handed it to Baldwin, and that Zachry failed to ensure that weapons used on the New Mexico set were safe.

All those named in the suit have denied any culpability.

The gun Baldwin was holding during rehearsal — meant to be loaded only with blanks — instead discharged a live round, killing the 42-year-old Hutchins and wounding director Joel Souza.

Baldwin last month reached a civil settlement with Hutchins’ family, details of which have not been disclosed. A judge has not yet approved the settlement.

Baldwin, who was a producer as well as the star of “Rust,” has previously said he did not pull the trigger, though an FBI report determined the gun could not have gone off otherwise.

Production on the movie will resume in January, filmmakers have said, with Hutchins’ husband Matthew Hutchins taking on the role of executive producer.

“I have no interest in engaging in recriminations or attribution of blame,” Hutchins said in an earlier statement. “All of us believe Halyna’s death was a terrible accident.”

Investigators in New Mexico have filed no criminal charges, but have not ruled them out.

In August, Baldwin said he did not believe he would be charged.

While there has never been any doubt that the gun was in Baldwin’s hands when it went off, it remains unclear how it came to be loaded with a live round.

Gutierrez-Reed has sued the film’s ammunition supplier, accusing him of leaving real bullets among the dummy cartridges.

The incident led to calls in Hollywood for guns to be permanently banned from sets.