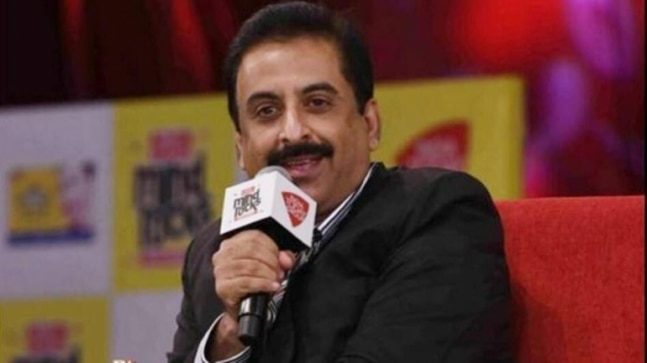 The AIMIM has decided to back the Maha Vikas Aghadi in the upcoming Rajya Sabha polls in Maharashtra. The two MLAs will vote for Congress candidate Imran Pratapgarhi. This was tweeted by Imtiaz Jaleel, the AIMIM MP from Aurangabad, hours before the polling.

AIMIM MP from Aurangabad, Imtiaz Jaleel, said that the party would back the MVA alliance and vote for the Congress candidate in the upcoming Rajya Sabha elections in Maharashtra. (File photo)

Ending the suspense over its stand in the Rajya Sabha elections in Maharashtra, Asaduddin Owaisi’s All India Majlis-e-Ittehadul Muslimeen (AIMIM) has decided to vote for the Shiv Sena-led (Maha Vikas Aghadi) MVA alliance. However, MLAs of AIMIM will vote for Congress candidate Imran Pratapgarhi.

The party’s MP from Aurangabad, (Maharashtra) Imtiaz Jaleel, tweeted the decision hours before the polling. The AIMIM has two MLAs in the 288-member strong Maharashtra assembly.

“To defeat the BJP, our party (AIMIM) has decided to vote for the Maha Vikas Aghadi (MVA) in the Rajya Sabha elections in Maharashtra. Our political/ideological differences, however, will continue with the Shiv Sena, which is a partner in the MVA along with Congress and the NCP,” Jaleel said in the tweet.

Our 2 AIMIM Maharashtra MLAs have been asked to vote for @INCIndia candidate @ShayarImran for Rajya Sabha seat. We extend our best wishes to him! @asadowaisi

“Our two AIMIM Maharashtra MLAs have been asked to vote for the Congress candidate Imran Pratapgarhi for the Rajya Sabha seat. We extend our best wishes to him!” the tweet further said, quoting party chief Asaduddin Owaisi.

Jaleel said that his party had laid down certain conditions related to the development of its MLAs’ constituencies in Dhule and Malegaon.

The AIMIM has also demanded that the government appoint a minority member to the Maharashtra Public Services Commission (MPSC) and take steps to increase the income of the Maharashtra Wakf Board. Another condition laid by the party is regarding the reservations for Muslims.

In rapid developments on the eve of the elections, Jaleel had a series of meetings with MVA leaders. In the evening, Jaleel met Shivsena MP Hemant Patil and also attended the dinner hosted by NCP leader and Deputy Chief Minister, Ajit Pawar, for the NCP MLAs.

The meeting lasted for an hour. The Shiv Sena minister agreed to fulfil certain demands of the MIM in return for their two votes in the Rajya Sabha polls.