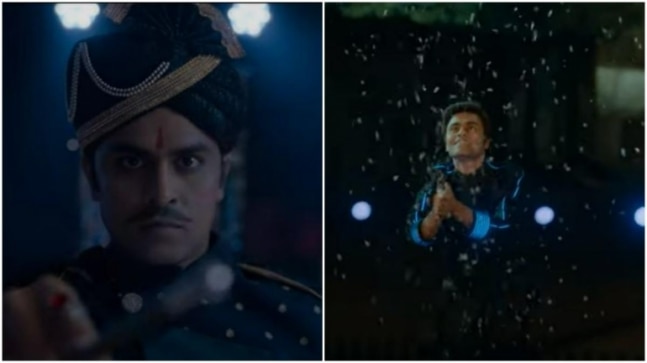 Jitendra Kumar will be seen in and as Jaadugar. The Netflix film, which is set to release on July 15, also stars Arushi Sharma and Jaaved Jaaferi.

Jitendra Kumar in and as Jaadugar in the Netflix film.

Jitendra Kumar, who won our hearts as Sachivji AKA Abhishek Tripathi in Panchayat, will next be seen in Jaadugar. The actor will be seen as a small-town magician in the Netflix film. Directed by Sameer Sazena and written by Biswapati Sarkar, the film will premiere on the OTT platform on July 15.

JITENDRA KUMAR IN AND AS JAADUGAR

Jitendra plays the character of Magic Meenu. He is a magician in Neemuch, a smalltown in Madhya Pradesh, who has to win a local football tournament in order to marry the girl he loves.

Take a look at Jaadugar’s teaser:

The official synopsis of Jaadugar reads, “A small-town magician with zero interest in football must lead his local team to the finals of a tournament if he wishes to marry the love of his life.”