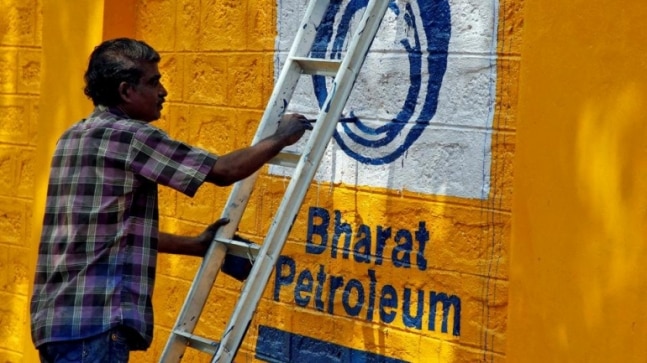 The central government is considering selling up to a quarter of state-run refiner Bharat Petroleum Corporation Ltd (BPCL), according to a Reuters report. This comes as the government sold over 22.13 crore shares or 3.5 per cent stake in Life Insurance Corporation (LIC) through the initial public offering (IPO). The successful IPO fetched Rs 20,557 crore for the exchequer.

The government is considering inviting bids for a 20 per cent to 25 per cent stake in BPCL, instead of an outright sale of its entire 52.98 per cent holding, after failing to attract suitors for the whole firm. The discussions about the plan were in the early stages, according to the Reuters report.

Initially, the government had aimed to raise $8-$10 billion from selling its full stake in BPCL. Having drawn up plans four years ago, it invited bids in 2020, hoping major players such as Russia’s Rosneft might be interested.

But Rosneft and Saudi Aramco did not bid, as low oil prices at that time and weak demand curbed their investment plans.

The government officials said even a part sale of BPCL was unlikely to be completed this fiscal year as the process would take over 12 months. Sale prospects were hit by inconsistent policies on petrol and diesel prices, one of them said, Reuters reported.

“There were many issues but most recently petrol prices not being raised for four months between November and February were presumed due to elections by the government,” the official said.

There were elections in five states, including the bellwether Uttar Pradesh, in February and pump prices only started moving up from March 22, by which time the BJP had won in four out of five states.

WHO ARE IN THE FRAY?

The current discussion began after all bidders had withdrawn from the process last month, both officials said. Private equity firm Apollo Global Management and oil-to-metals conglomerate Vedanta Group were the final bidders, they said.

The backtracking on BPCL’s full stake sale is symptomatic of slow progress in the government’s privatisation plans.

But little progress has been made, and both officials said the government had deferred plans to sell any other banks this fiscal year apart from IDBI Bank, which is majority owned by LIC.

LIC had last month reduced its IPO size to 3.5 per cent from 5 per cent decided earlier due to the prevailing choppy market conditions. Even after the reduced size of over Rs 20,557 crore, the LIC IPO is the biggest initial public offering ever in the country.

However, the country’s largest insurer on Tuesday made a lacklustre debut on stock exchanges, listing at over 8 per cent discount.

The proceeds from the LIC issue make up for about a third of the Rs 65,000 crore disinvestment target set for the current fiscal.

In the last fiscal, the government mopped up Rs 13,531 crore from Central Public Sector Enterprise (CPSE) disinvestment, against the revised scaled-down target of Rs 78,000 crore, as per the PTI report.