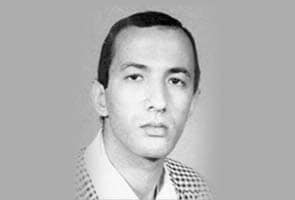 The United States has killed Al Qaeda leader Ayman al-Zawahiri after a successful drone strike in Afghanistan’s capital Kabul. This is the biggest blow to the terrorist group since its founder Osama bin Laden was killed in 2011. US President Joe Biden, in a televised address on Tuesday morning (India time), said “justice has been delivered” and hoped Zawahiri’s death will bring “closure” to families of the 3,000 people killed in the United States on 9/11. The Al-Qaeda leader was the mastermind of the September 11, 2001 attacks and among the world’s most wanted terrorists.

Since succeeding bin Laden in 2011, Zawahiri was leading Al Qaeda. So with Zawahiri’s killing, the terrorist group faces an acute succession crisis.

According to Middle East Institute, Saif al-Adel is next in line to take the helm. The Egyptian ex army officer was a founding member of Al Qaeda, having joined the precursor terror group Maktab al-Khidmat in 1980s, according to US intelligence agencies.

He met bin Laden and Ayman al-Zawahiri during this period and joined their group Egyptian Islamic Jihad (EIJ). He also fought the Russian forces in Afghanistan in the 1980s.

Saif al-Adel was also once Osama Bin Laden’s security chief and is on FBI’s most-wanted list since 2001, and the reward for information about him has now been increased to $10 million. The agency’s page on al-Adel says he is being sought in connection with “conspiracy to kill United States nationals, to murder, to destroy buildings and property of the United States, and to destroy the national defense Utilities of the United States”.

According to an old report in ABC News, US forces have been looking for Saif al-Adel since 1993, when he oversaw the the ambush of US forces and helicopters in Mogadishu, Somalia – the infamous “Black Hawk Down” incident in which 18 Americans died. Al-Adel was 30 at that time.

Several news outlets said that since the death of bin Laden, al-Adel has emerged as an important strategist. However, Middle East Institute said that making him the chief of the terror group will be complicated due to his presence in Iran, where he has been based since the “Black Hawk Down” incident.

The institute also said that in recent years, at least three al-Qaeda affiliates are known to have questioned the credibility of instructions coming from Saif al-Adel.