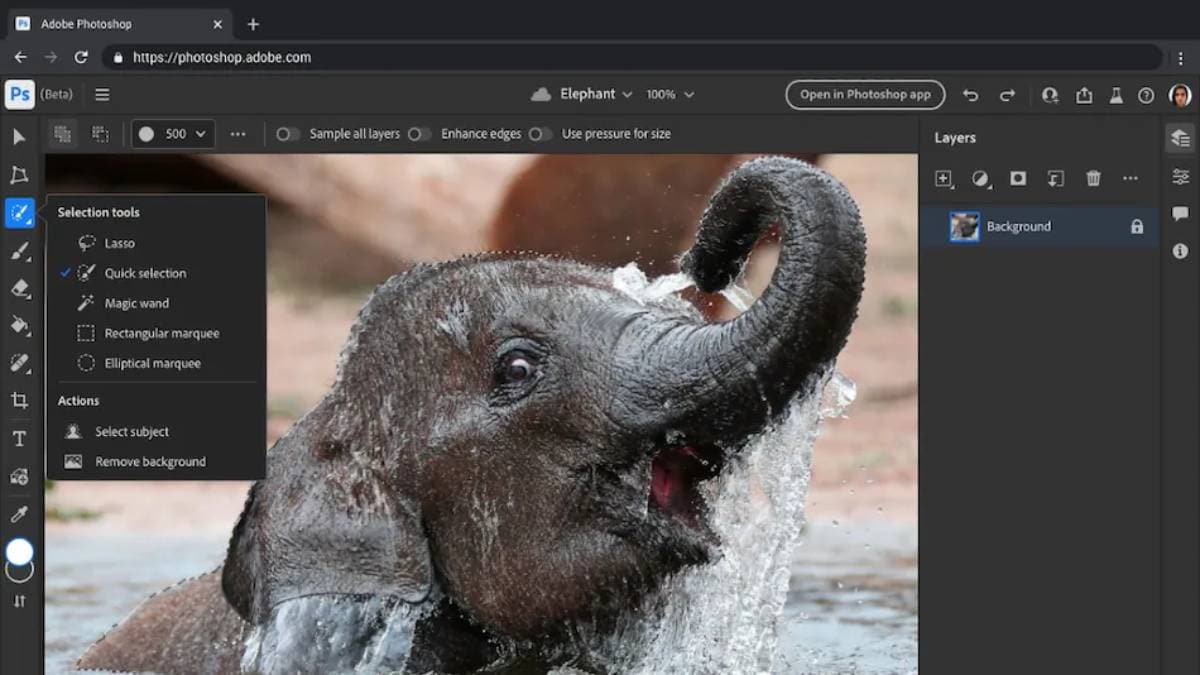 Adobe Photoshop might be available as a freemium tool for all users soon, as per a new report. Adobe is reportedly testing out a free version of Photoshop for the browser among some users in Canada. The company has described this service as ‘Freemium’, and it will be available widely to all the users in a gradual manner. This freemium version of the web-based Photoshop will be accessible to the users from a web browser for as long as they are logged into a free Adobe account, according to the report.

The freemium service of Adobe Photoshop, which is said to be in testing in Canada for now, was first reported by The Verge. The report says that Adobe has started testing out a free or freemium version of its photo editing tool, Photoshop for browsers in Canada. The company reportedly is planning to introduce this free service in order to increase the reach of this tool to more users. With the help of the freemium version of the Photoshop in browser, users will be offered enough free functions, which are considered the core ones by the company, according to the report.

Commenting on the service, Maria Yap, VP, Adobe, Digital Imaging, says, “We want to make Photoshop more accessible and easier for more people to try it out and experience the product.”

To recall, Adobe had extended Photoshop to the web in October last year. Users can access the Photoshop tool directly from their Web browsers, without installing any apps on their system, through this service. The new Photoshop for the browser is being called a freemium because although it’s free for users, Adobe reportedly plans to add some paywalls for advanced features. These features is said to be available only for those who have a subscription.

The service, on the other hand, also included selection tools such as lasso, quick selection, magic wand, as well as cropping tools and paint brushes to let the users do some light edits, without installing the native Photoshop or Illustrator app on their machine.