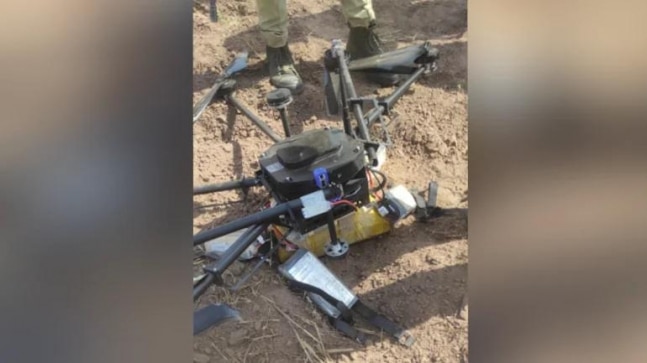 Three magnetic IEDs with the timer set, dropped by a drone in the border area f the Jammu district, have been recovered by the police.

The IEDs, with their timers set and packed inside tiffin boxes, were recovered from the Kantowala-Dayaran area of Kanachak in the Akhnoor sector. (Image for Representation)

The police have recovered three magnetic IEDs dropped by a drone in the border area of the Jammu district in a fresh attempt to smuggle explosives through the aerial route, officials said on Tuesday.

The IEDs, with their timers set and packed inside tiffin boxes, were recovered from the Kantowala-Dayaran area of Kanachak in the Akhnoor sector, Additional Director General of Police (ADGP), Jammu, Mukesh Singh said.

On Monday night, BSF troops resorted to firing briefly along the India-Pakistan border in the Jammu district after hearing a humming sound which led to a suspicion that a drone was flying around.

A police party was immediately deployed and they followed anti-drone standard operating procedure in the area.

Around 11 pm, security forces noticed the drone in the Dayaran area of Kanachak and fired at it again, the ADGP said.

“The payload attached was brought down but the drone could not be shot,” he said, adding the IEDs were diffused through a controlled explosion and a case has been registered.

Read: Pak drone with grenades, sticky bombs shot down in J&K ahead of Amarnath Yatra