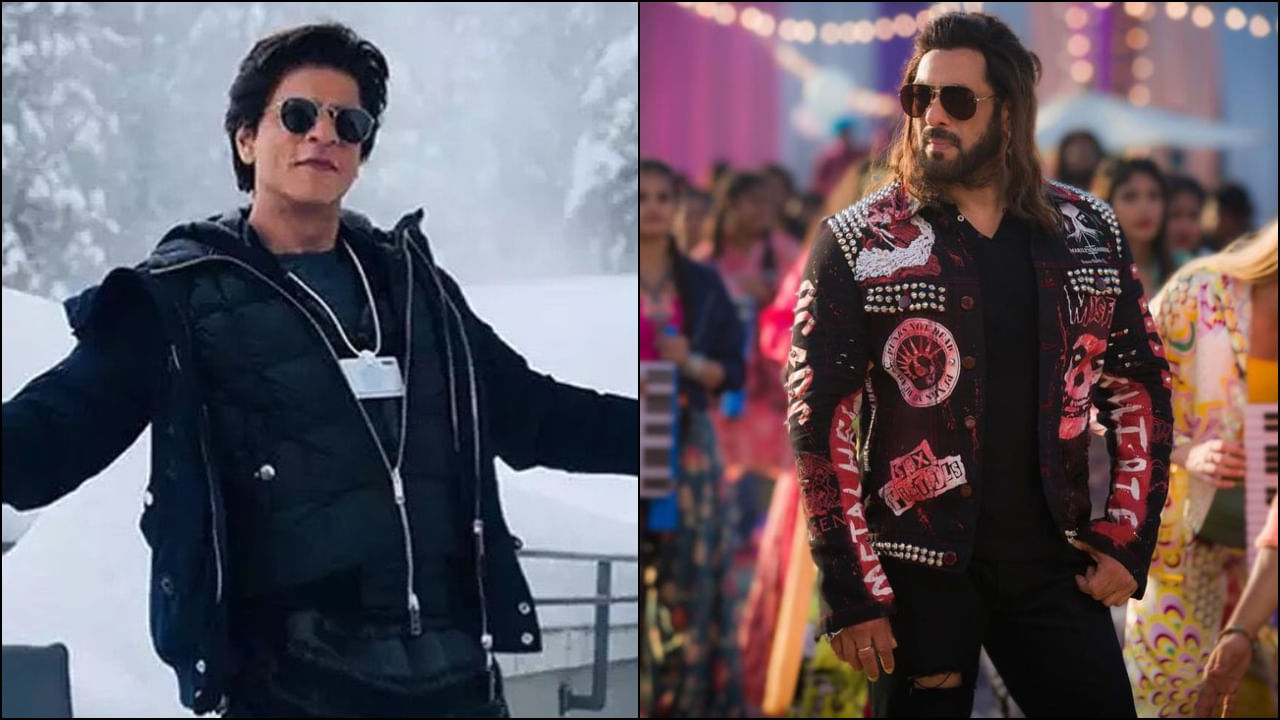 This year in 2022, both Shahrukh and Salman are going to make their comeback in the industry. According to the reports, this year, around 900 crore rupees have been imposed by the makers on the superstars of the industry.

Along with Bollywood, this new year Salman and Shahrukh Khan (shah rukh khan) is also going to be very special. Many films of both Khan will be released this year, but it will be interesting to see whether these films will create panic at the box office. In the last year 2022, Big Star’s films failed to spread their magic on the audience. In such a situation, people have high expectations from these films as well as the performance of stars this year. last year’s box officebox office) After seeing the condition of many films, the release of many films has been postponed and changes have also been made in many.

This list includes the films of Bollywood’s Khan i.e. Shahrukh Khan and Salman Khan. According to the reports, this year, around 900 crore rupees have been imposed by the makers on the superstars of the industry. This bet is very expensive.

Last year, Shah Rukh remained far away from the silver screen. Now this year he is going to make a bang in his career. His first film of this year is Pathan, which is already mired in controversies. Shahrukh will release three films this year. In such a situation, along with the makers, the fans of King Khan also have a lot of expectations attached to these films.

On the other hand, talk about Bhaijaan Salman Khan, he too stayed away from the silver screen. But, in 2023, they are also ready for a big bang. If media reports are to be believed, about 950 crores is at stake on both. For the last 5 years, both are away from the big screen. Shahrukh Khan’s Pathan will be released on the big screen on January 25. In which Deepika Padukone and John Abraham will also be seen sharing the screen with her. In this, the romantic chemistry of Deepika and Shahrukh is going to be seen once again. Also, there will be a lot of action and thrill in the film. This film has been made in a budget of 250 crores.

On the other hand Kisi Ka Bhai-Kisi Ki Jaan is one of the most awaited films of Salman Khan. Many new faces are going to start their career through this film. In which the names of Shahnaz Gill and Palak Tiwari are also included. Kisi Ki Bhai Kisi Ki Jaan will hit the theaters on April 21, in which Pooja Hegde is going to play an important role along with Salman. According to reports, the film has been made in a budget of around 100 crores.

Shahrukh is about to release two more films this year. Movie Jawan Aur Danki. His fans are waiting for both these films with high hopes. So far, how Shahrukh’s look will be in both the films has been revealed. Apart from this, the release date of the film has also come to the fore. Made in a budget of around 200 crores, Jawan will be released in theaters on June 2. In this, Vijay Sethupathi, Nayantara and Sanya Malhotra will also be seen along with Shahrukh.

Apart from this, Salman Khan’s most awaited film Tiger 3 will be released on 10 November this year. The film has been made in a budget of around 200 crores, in which Katrina Kaif is also in the lead role. Apart from this, Emraan Hashmi will be seen in the film and Shah Rukh Khan is in a cameo role in it.