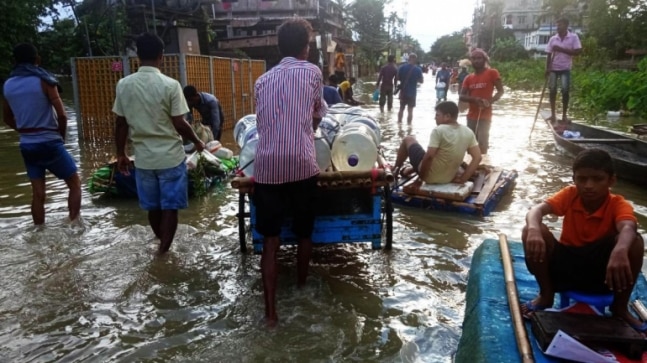 The flood situation in Assam remained dire on Wednesday, with 12 more people killed in the deluge in the previous 24 hours.

Cachar and Chirang districts each reported two deaths, while Barpeta, Biswanath, Darrang, Dhemaji, Golaghat, Kamrup Metropolitan, Lakhimpur, and Nagaon each reported one. The 12 new fatalities bring the state’s flood and landslide death toll to 151 in less than three months.

On the other hand, the current floods have displaced over 31.54 lakh people across 26 Assam districts.

Cachar remained the worst-hit district for the second day in a row, with nearly 14.31 lakh people affected by the calamity’s devastation. The floods have affected at least 7,25,306 people in Silchar alone.

On Wednesday, several areas in Southern Assam town were inundated for the tenth day in a row. 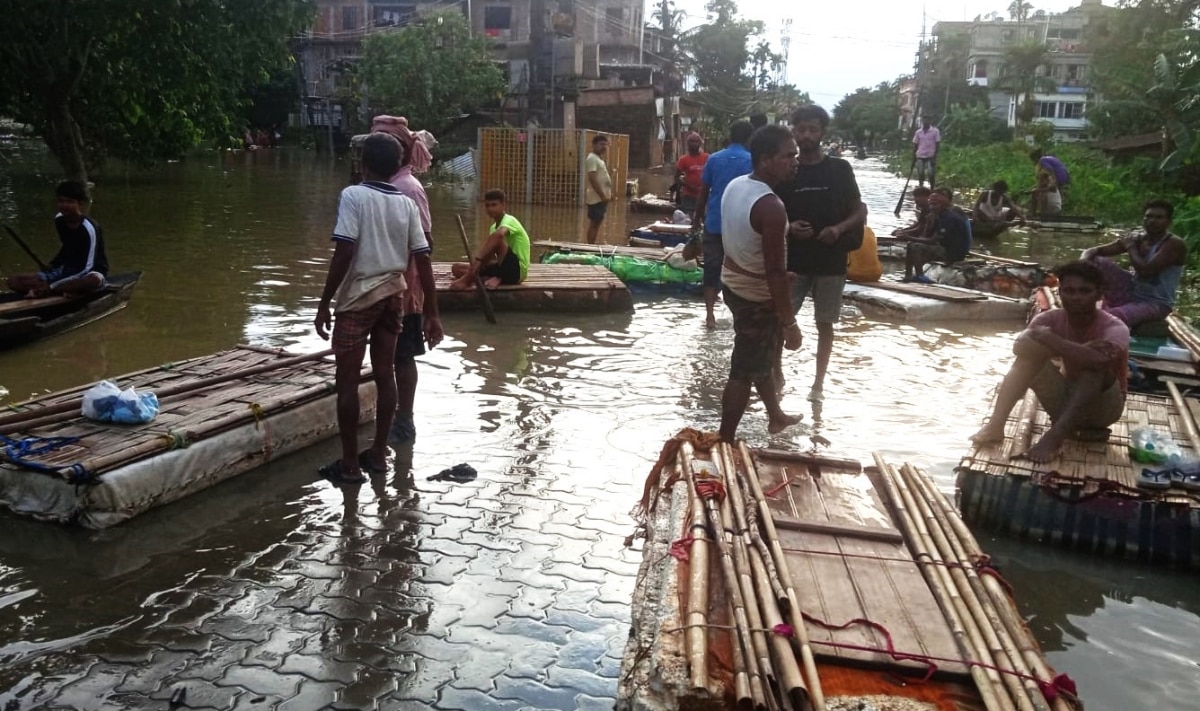 Over 5.49 lakh people in Barpeta are experiencing days of misery, while nearly 5.20 lakh people in Nagaon are suffering as floodwaters pour into their villages.

The Brahmaputra and its tributaries have flooded 2,675 villages and submerged 91,349 hectares of cropland. aThe Army, National Disaster Response Force (NDRF), State Disaster Response Force (SDRF), Assam Police Fire and Emergency Services (F&ES) personnel, and other volunteers have been working around the clock to rescue the stranded people and provide all-out assistance.

The floods have damaged thousands of houses, scores of roads, several bridges, and irrigation canals, as well as causing breaches in many embankments throughout the state’s affected districts.